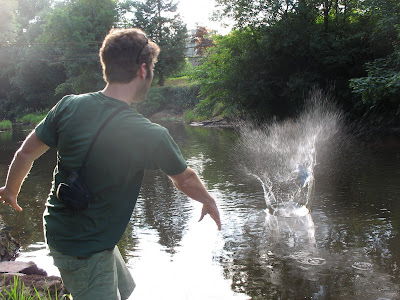 wearing shoes and drinkin' booze it goes against the bible...

I'm back in Pittsburgh this week, and have been uncovering some nifty bits of family history. Since it is somewhat related to something I posted earlier, about the Welcome Week Boat Race I figured I'd include it here, cause it's kind of interesting.

This photo is the only existing photo of my great grandfather Joel Davis. (Hint: He's the one with the arrow pointing at him...) 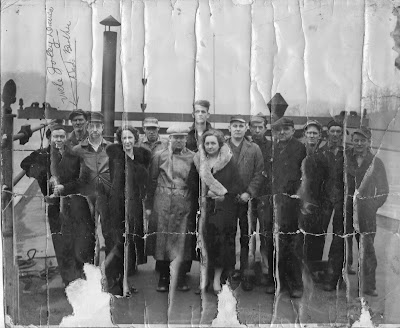 At the time he was a coal miner, in the Vesta mine, which was actually a series of mines in Washington County, PA, just outside of Pittsburgh. (That link is to an amazing list of miners who were injured or killed in that mine, with lots of detail as to how it all happened.) The mine originally opened in 1898, but by 1907 was owned by Jones and Laughlin, one of the steel companies operating mills in Pittsburgh. At that time it was the largest mine in the world, as this article attests:

What I found pretty interesting was the fact that the coal powered steamboat my great uncle Buck was driving in the races I mentioned before was owned by Jones and Laughlin. Also, back in the day when my Dad worked in the steel mills for a few summers when he was in college, he worked in a Jones and Laughlin mill shoveling coke - coke that probably came from the Vesta Mine. Now certainly my great grandfather wasn't still in the mine when my Dad was working in the mill, and was actually working on the river boats when my great uncle was driving them, but it is still an interesting connection between all these different generations of the family. 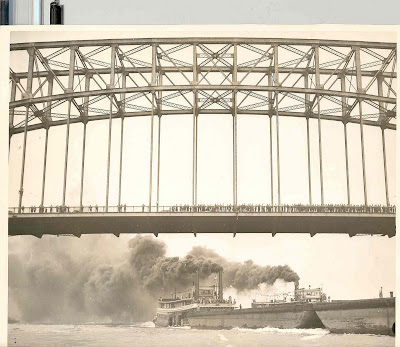 That brings me back to the boat races - Dad was googlin' around and found this pretty sweet site, which includes photographs of the races, detailed accounts of what happened in the race in the lithograph (one of the boats' coal feeding mechanisms broke in the middle of the race and they had to manually shovel it) and a play-by-play style recording from a 78 record of the whole thing, with interviews afterward. Check that out here. I'ma probably have to write a song about it.

Oh this post is titled as it is because many of the details about my great grandfather were sandwiched between the pages of "The Family Bible" given to him and my great grandmother Emma Mae in 1908 when they were married.
Posted by Dibbly at 6:02 PM No comments:

this is mostly for the rad stripes on the car, and the giant stack of red cups.

Labels: check this shit, music, you ARE a very intelligent badger 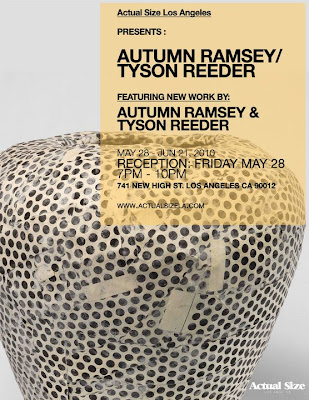 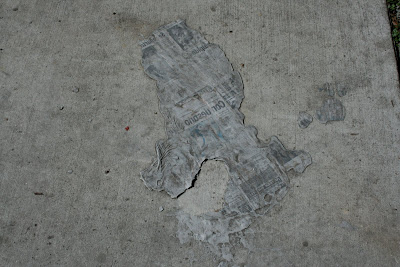 Found: Matthew Cummings work in LA
Posted by CornNut at 6:09 PM No comments:

Labels: photography, you got what where?

the painting in the background is this: 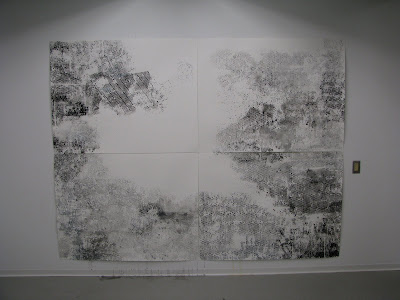 Music in the video is the Books, again.
Posted by Dibbly at 7:26 PM 3 comments:

Labels: things that should never attempted while cutting onions

soundtrack for the video is the books, appropriately and unintentionally.
Posted by Dibbly at 10:52 PM 1 comment: